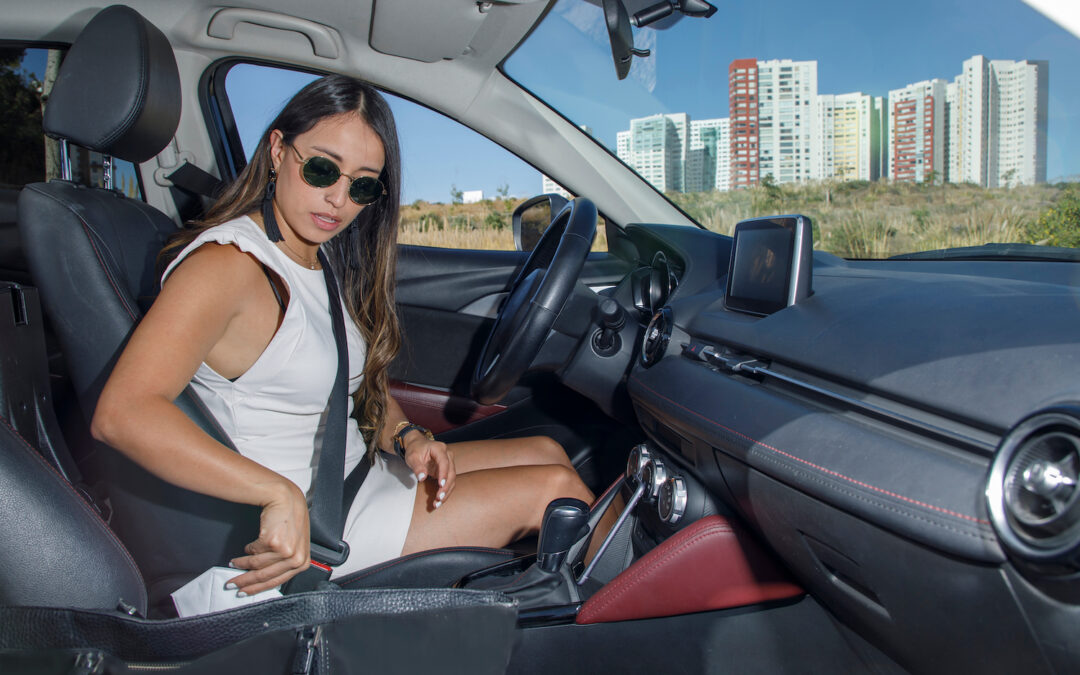 Hannah was young, smart and ambitious and very excited about her new position as a Sales Account Manager for a successful software company. After only ten months on the job she had recently been promoted from Sales Rep after landing her biggest account ever, a new County contract worth $6M annually to her company!

Sure, she was flying high but she was also exhausted, spent from the long hours at her desk and on her computer at home after hours. Then there was the stress of trying to help her company land a new, much bigger account, and on a tight deadline, along with the big bonus that would bring her. Such a tradeoff; the exhilaration and perks of success at a young age offset by the crazy hours, the mounting pressure, the lure of the big bonus and the absence of a normal life. “I guess this is what I signed up for,” she sighed.

Well, once we score this huge state school system account, she thought, I can take some time off and get my life in order; slow down and smell the roses, as they say. But right now, even though she knew she should sleep, she had to keep working to perfect her lengthy and detailed PowerPoint presentation for the big pitch next week at the client’s headquarters.

The meeting was set for 10am about an hour northwest of the airport and after a crazy morning rushing around and taking an Uber she was finally on the commuter plane into Chicago. O’Hare would have been much closer but Midway had the more convenient flights so what the heck, she rationed, I’ll rehearse while I drive the rental. She was so used to multitasking in all parts of her life, why slow down now?

The storm had been threatening since last night and now the sky was wet and dark, with lightning snapping on the horizon. The pouring rain had affected the schedule negatively by 30 minutes and the incoming planes were backed up for as far as she could see.

As the little 32-seater circled to land Hannah was feeling anxious on several levels. Oh, the usual presentation butterflies, that was normal but now she was worried about making the meeting on time. She had allowed a casual two hours to get to the meeting but now nearly half of that was gone. Uh-oh. And I’m not even to the rental counter yet! On top of that, she was the second of three competing presenters, one of whom she had bested to get the County contract just a month earlier. What if she was really late? Would they still squeeze her in, or let her go afterward? Or just tell her, “sorry, we can’t reschedule?” And then what? What about my job, the account, the bonus, my reputation; she was freaking out. Oh Lord, I’ve got to get a grip or I’m gonna lose it big-time, she thought.

Doing some deep breathing while riding the rental car shuttle, she calculated her travel time and found that IF everything went smoothly with the rental car AND traffic wasn’t too heavy AND she could find a parking place near the front door she could make it with maybe 10-15 minutes to spare; hallelujah! I got this, she allowed herself. But what’s with this shuttle driver? How is she catching every light just wrong? Jeez! When she finally arrived at the counter, the big surprise was that it all went perfectly. She went straight up to the agent and in five minutes she had the paperwork and was through the door and out into the cavernous parking garage to find Space E-27. Only Space E-27 was empty! NO!!! Not now! And not an attendant in sight. Oh God, this is ridiculous. Ten minutes of my cushion is gone and I’m still here! Oh Lord. Running out of time. Maybe traffic will be light on the surface streets. But there’s the rain…

It cost her another frantic five minutes to discover that the E-27 was a typo and should have been E-17, where there actually was a car. OK, now she knew she was flat out of time and had to hustle at every opportunity; no more delays or I’m cooked. Throwing her bag in the back seat and jumping behind the wheel, she screeched out of E-17 only to find two cars in front of her at the exit line. Three kiosks and only one with a green light; of course! Oh Lord.  She was beyond frazzled, and so tired she couldn’t think straight.

So compromised, in fact, that she decided to go for it; to not call and try to reschedule but to drive as fast as she could and make the meeting in time. These Chicagoans are known for their aggressive driving, she told herself, now I’ll join the crowd.

Once she was free of the rental car garage and onto the streets the traffic was moving fairly smoothly, except when it wasn’t. Another half hour of this traffic before I get to the suburbs, she agonized, and I’ll lose my mind. I don’t need this!! I’m gonna be SO late!

The second she punched the gas to get through the next intersection before the light turned red she knew she had screwed up. Just how bad came clear when the white pickup that had jumped his green light met her in the middle of the intersection in a grinding explosion of mangled metal and broken glass. He hit her compact rental so hard both vehicles carried up against a light standard on the right-side median, his truck flipping in the process and her car unrecognizable. Not that Hannah was aware of any of this; the last thing she saw was the pickup’s front grill just before it impacted her door at about 50 mph.

While most driving schools spend a good amount of time on the topic of Distracted Driving, the focus is usually about the dangers of multitasking while driving and/or taking your eyes off the road. Seldom discussed is the concept of emotional distraction, as in the case of Hannah. Rather than being distracted by her phone or her playlist, she had allowed herself to be overstressed, exhausted, and anxious about being late for her meeting; all every bit as hazardous to driving as the more common “device” distractions. Other emotional distractions could include any number of issues such as a fight with a partner, job or money worries, hunger, painful illness, physical impairment, etc.

Instructors at DriverMojo recommend checking your emotional status before driving your car. Seriously. And be honest. Any type of distraction can be enough to cause a crash but we often overlook and dismiss our emotions as possible driving hazards.

Ken Baca is a 35-year veteran of professional motorsports PR and Marketing as well as Manager/Producer of national corporate automotive events and training programs. He is currently a senior instructor with DriverMojo.